Buy POXET (Dapoxetine) 30mg or 60mg from India!
Make request
DescriptionDosageSide EffectsPhotos
Dapoxetine works by inhibiting the serotonin transporter, increasing serotonin’s action at the post synaptic cleft, and as a consequence promoting ejaculatory delay. As a member of selective serotonin reuptake inhibitor (SSRI) family, dapoxetine was initially created as an antidepressant. However, unlike other SSRIs, dapoxetine is absorbed and eliminated rapidly in the body. Its fast acting property makes it suitable for the treatment of PE but not as an antidepressant.

The mechanism through which dapoxetine affects premature ejaculation is still unclear. However, it is presumed that dapoxetine works by inhibiting serotonin transporter and subsequently increasing serotonin’s action at pre and postsynaptic receptors Human ejaculation is regulated by various areas in the central nervous system (CNS). The ejaculatory pathway originates from spinal reflex at the thoracolumbar and lumbosacral level of spinal cord activated by stimuli from male genital. These signals are relayed to the brain stem, which then is influenced by a number of nuclei in the brain such as medial preoptic and paraventricular nulcei. Clement’s study performed on anaesthetized male rats showed that acute administration of dapoxetine inhibits ejaculatory expulsion reflex at supraspinal level by modulating activity of lateral paragigantocellular nucleus (LPGi) neurons. These effects cause an increase in pudendal motoneuron reflex discharge (PMRD) latency. However, it is unclear whether dapoxetine acts directly on LPGi or on the descending pathway in which LPGi located.

Randomized, double blind, placebo-controlled trials have confirmed the efficacy of dapoxetine for the treatment of PE. Different dosage has different impacts on different type of PE. Dapoxetine 60 mg significantly improves the mean intravaginal ejaculation latency time (IELT) compared to that of dapoxetine 30 mg in men with lifelong PE, but there is no difference in men with acquired PE. Dapoxetine, given 1–3 hours before sexual episode, prolongs IELT, increases the sense of control and sexual satisfaction in men of 18 to 64 years of age with PE. Since PE is associated with personal distress, interrelationship difficulty, dapoxetine provides help for men with PE to overcome this condition.
The most common effects when taking dapoxetine are nausea, dizziness, dry mouth, headache, diarrhea, and insomnia. 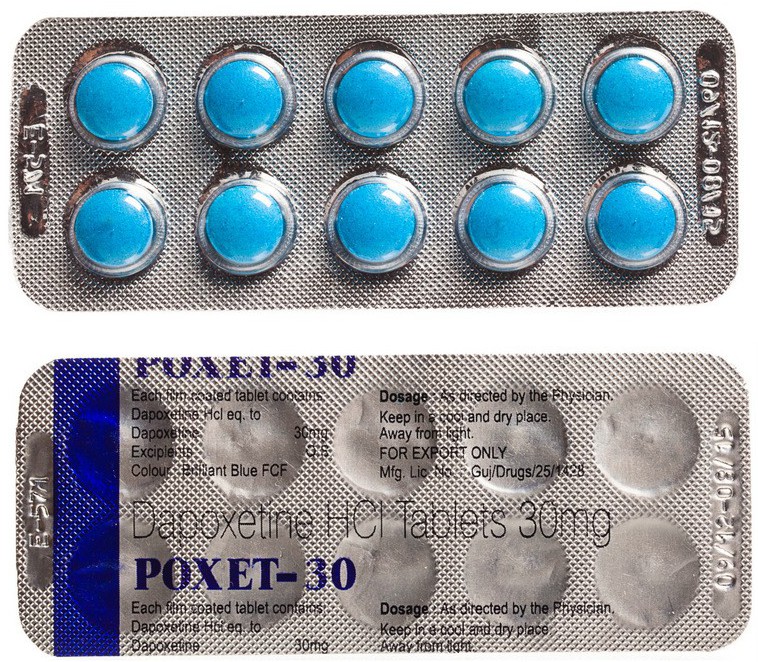 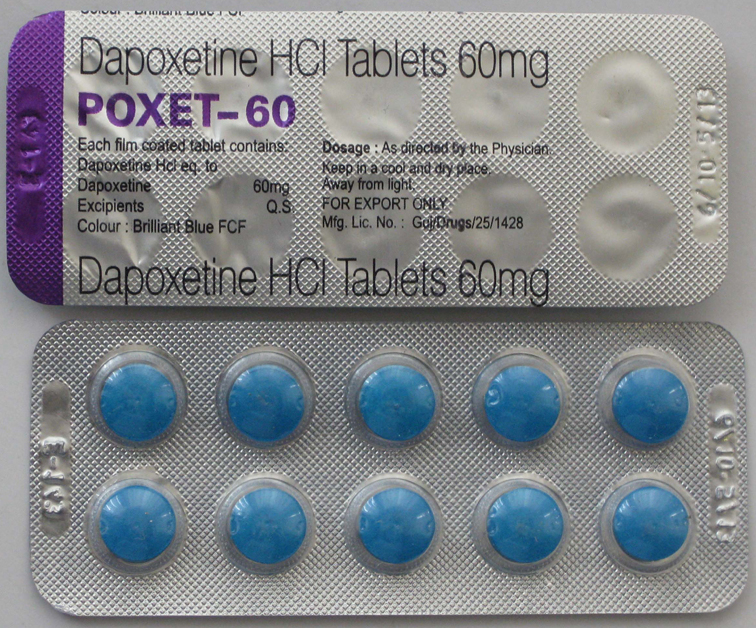